After spending thirteen years in Australia at the University of Melbourne as PhD director, Assistant Dean RHD and Associate Dean Research, I was looking for a new challenge. Rather than join another traditional research university, I wanted to work somewhere where I felt I could make a real difference. Middlesex University Business School in London fit the bill perfectly, with its strong focus on research that matters – both to society and to its students - and a vision that focuses squarely on “transforming potential into success”.

Middlesex is a post-1992 university. Hence initially its main focus had been on its teaching mission. However, over the years its research performance continued to grow. In 2014 it was ranked #38 on the REF power ranking for Business & Management in the UK [out of 101 universities]. It was the 2nd ranked post-1992, very narrowly pipped by Portsmouth. It also outranked a lot of “red-brick” universities and even a few Russell group universities. Even so, its strong academic staff potential meant that there was considerable scope to improve even further; in 2014 I was therefore appointed to help transforming its research potential into success.

Working closely with Deans Anna Kyprianou and Joshua Castellino, Research Deans Richard Croucher and Stephen Syrett and the Departmental research leaders, we set out to provide an even more supportive environment for research in the Business School, actively fostering a collaborative rather than a competitive research culture. This didn’t mean spending bucket-loads of money, but rather to develop a range of targeted, but strategic initiatives. In addition to the “standard fare” of research allowances, conference funding, a research leave scheme, departmental research seminars, and departmental newsletters, this included:

These collective events are supplemented with individual career development meetings for junior staff, as well as “on-tap” email support for quick questions and advice on anything related to academic work. From March 2016 onwards, these efforts have been supported by my blog on all things academia, with postings in the following categories: Academia Behind the Scenes, Academic Etiquette, Announcements, Classic Papers, Conferences, CYGNA, From my Inbox, Middlesex, Positive Academia, Publish or Perish Tips, Research Focus, and That's Interesting.

In the first three years the blog has seen more than 170 postings, including guest posts by some of my co-authors and Middlesex colleagues. Here are some of the most popular posts in the broader area of research support and career development:

Taking it to the next level: Writing bootcamp

In 2018, we decided to take to take the School's research support activities to the next level by organising a Friday-to-Sunday off-site writing boot camp. This boot camp was intended to help Business School academics on the cusp of submitting a paper to one of the top journals in their field to fine-tune and polish their papers. Thus in the third week of January 2018 eighteen academics spent a wonderful weekend at the amazing Cumberland Lodge working on their papers, an experience which was repeated in July with another twenty-three academics and again in July 2019 with a similar-sized group. 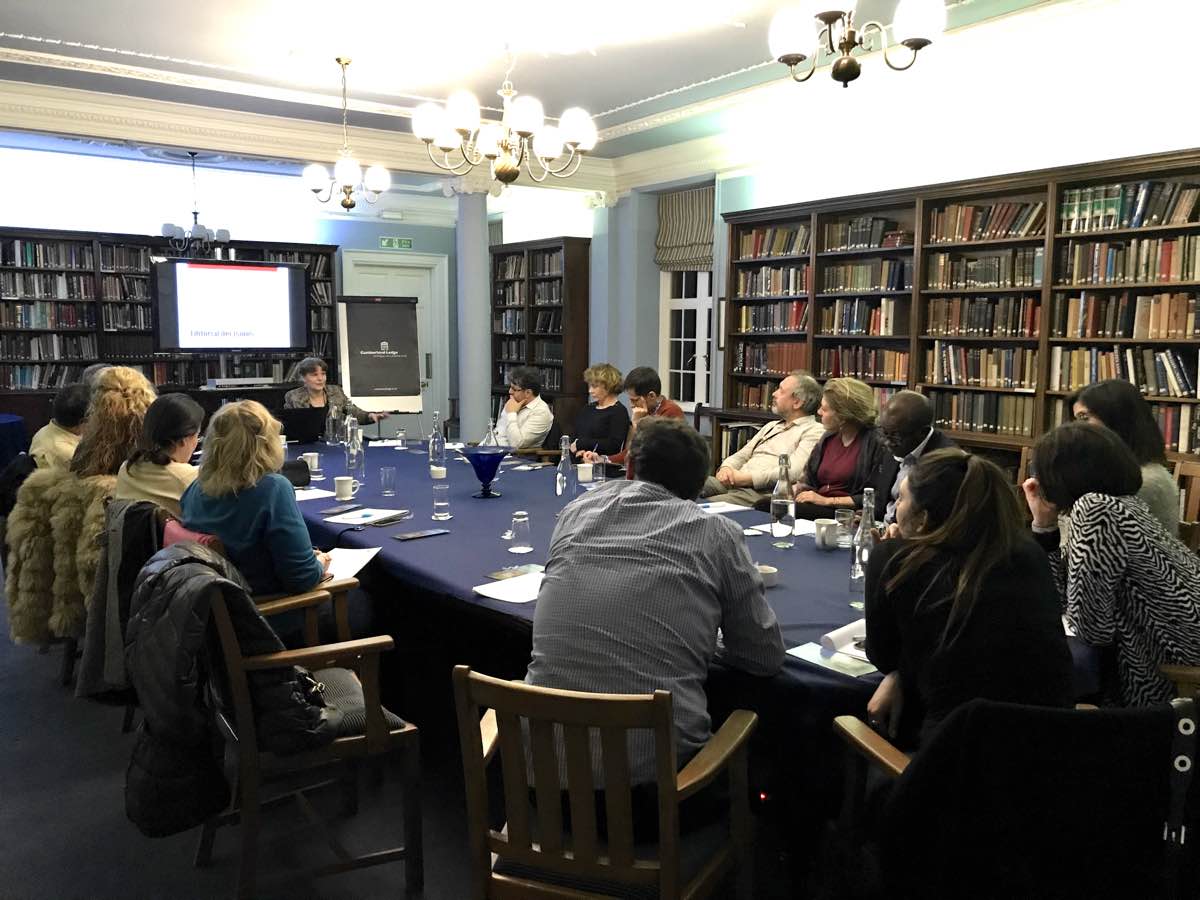 The feedback provided by the attendees illustrates that the supportive atmosphere in which these events were run was much appreciated. Our Middlesex academics enjoyed each other’s company and readily spent time on each other’s papers; this is unlikely to happen if your university's culture encourages cutthroat competition!

"I also really appreciate the opportunity to interact with colleagues (junior and senior) during both formal working time and 'informal'/social time (at meals and in the evenings). Equally important, the boot-comp really strengthened my sense of belonging to a supportive research community at MUBS. Thank you so much for engendering this core aspect to help build my confidence professionally."

“The best thing for me was the non-judgemental nature of the bootcamp. No one needed to get nervous of their own work. Everyone was so supportive, encouraging each other to reflect on and sharpen their arguments, and presenting the best work possible for their target journals. Everyone shared their work and their thoughts about their papers freely, knowing that they will get constructive feedback from peers and mentors.”

"It was also a great experience sharing this boot-camp with senior staff, who were willing to devote their time to others. One feels really supported when coming across people that are willing to help others in their career development, even though this may not be their field of expertise. I recently applied to be Associate Professor so it is very good to see in you and Stephen a real example of what "working with peers" or "impact on others" means."

A lot of my female Middlesex colleagues are also participating in CYGNA, a network supporting female academics in the broad area of Business & Management. CYGNA is meeting five times a year at different London-based universities for half-day events, with seminars focusing on academic and personal development as well as plenty of opportunities for networking. In the past five years we have covered topics such as:

A quick overview of all the topics covered can be found here. We also maintain a readings and inspirations section for female academics and have a Twitter hashtag #cygna_london. In May 2019 we had our first “branch” meeting in Leeds and we celebrated our 5-year anniversary with a full-day writing boot-camp at Middlesex University in September 2019.

Obviously it is impossible to conclusively establish a direct link between investing in a supportive and collaborative research culture and improved research outcomes. That said, it is probably no coincidence that Middlesex University in general – and the Business School in particular – have dramatically improved their position in the two major international research rankings since 2016: the Times Higher Education ranking and the ARWU Shanghai ranking.

Times Higher Education – Success all around 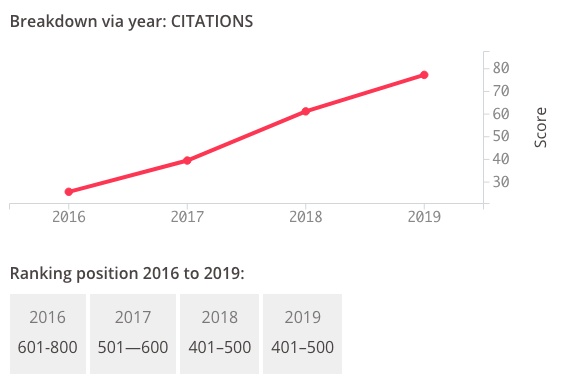 In the 2019 THE ranking, Middlesex also ranked for the first time in no less than three of the four main disciplines that we are active in: Social Sciences, Arts & Humanities and Clinical, Pre-clini­cal & Health, with a world-wide top-300 ranking for the Social Sciences. We also ranked in four of the five specialised subject rankings that THE publishes: Computer Science, Business & Economics, Education, and Psychology, only narrowly missing out on a ranking in Law because we didn’t meet the hurdle for the minimum number of publications.

Middlesex also entered the THE Young Universities ranking for universities under 50 years of age when it was expanded from 100 to 150 universities in June 2016. Although we were ranked in the 101-150 band for three years, we have moved up within that band every year. As a result, in June 2019 we stormed into the top-100, ranked at a shared #79, becoming the top-ranked UK University in the Young Universities ranking. The only other UK university in the top-100 for 2019 is Northumbria at 97th, while Brighton & Sussex Medical School, a partnership between two universities and NHS organisations came 36th.

Since August 2018 we are also ranked in the ARWU Shanghai top-1000 universities worldwide. This is a remarkable achievement given that 70% of the ranking is determined by criteria such as publications in Science and Nature and Nobel Prize winners amongst staff and alumni. These criteria do not tend to favour the Social Sciences, Humanities, and Engineering, disciplines that make up the bulk of our research activity. Universities highly ranked in the general ARWU ranking typically have a strong presence in the Life Sciences and Natural Sciences, disciplines that are not substantively represented at Middlesex.

As a result, the ARWU Shanghai subject rankings are a much better yardstick for our research performance. These rankings focus largely on Web of Science publications, field-normalised citations, international collaborations and the number of publications in a small set of top journals in each field. In 2018, Middlesex was ranked in no less than seven of the eight subject rankings related to Business School: Management, Business Administration, Tourism, Economics, Law, Sociology and Political Science, only narrowly missing out on a ranking in Finance because it didn’t meet the hurdle for the minimum number of publications.

When the new ARWU ranking came out in June 2019, Middlesex recorded an increase in six of the subject areas in which it ranked in 2018 and maintained its position in the last. In Tourism, Middlesex is now in 40th place, up from the 76-100 bracket in 2018. In Business Administration and Economics it moved up a bracket, from 201-300 to 151-200 and from 401-500 to 301-400. The remaining three subject areas [Management, Sociology and Political Science] improved their position within their bracket. Across all seven areas, MDX’s citation score increased on average by 26% and its publications score by 15%. 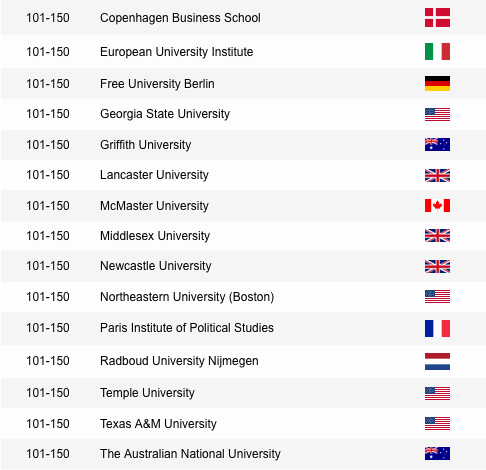 We are the only post-92 to be ranked in all seven subject areas. In Management, Business Administration, Tourism, and Sociology, we rank on par or even above many redbrick universities, as well as quite a few Russell group universities. The screenshot above shows our ranking in Sociology, reflecting MDX’s strong focus on the Sociology of Work, with research topics such as return migration of highly skilled migrants, the living wage, modern slavery, corporate citizenship in South Africa, microfinance and women's empowerment, social security and welfare reform, and social and sustainable enterprises.

These research topics reflect another thing that attracted me to Middlesex University Business School. It is one of the most diverse institutions I have come across, both in terms of disciplinary background and in terms of national background. Many of my colleagues have a background in the broader Social Sciences and Humanities representing disciplines such as History, Political Science, Law, Education, Sociology, Psychology, Public Policy, and Development Studies. They also come from all corners of the world; we often have as many nationalities as participants in our meetings.

More generally, it is interesting to see how rankings that focus purely on metrics provide a result that is quite different from those that focus largely on reputation surveys. Predictably, post-92 universities such as Middlesex do better on the former than on the latter. Hopefully, their research reputation will soon catch up with their strongly improved research performance!

In April 2019, the Chartered Association of Business Schools brought out a report on research income in Business & Management for the last 6 years [2012/13 to 2017/18]. The overall news was quite mixed. Over this 6-year period, research income for Business & Management Studies increased by 12%. However, accounting for inflation it actually declined by 1%, whilst the overall increase for all fields was 15% [30% before inflation].

In this difficult climate, Middlesex University did very well. For the 6-year period it ranked 28 out of 124 institutions [see Table for the first 30], only fractionally below the University of Bath and SOAS. With this performance, it outranks half of the Russell Group universities and nearly two thirds of the other research intensive universities. And with our synergistice internal research clusters and active research facilitation funding scheme providing seed funding, we are expecting more funding success in the near future :-)