My paper The persistent myth of high expatriate failure rates was first-ranked in the WAIB top-20 on research in global careers. I was therefore interviewed by Saba Colakoglu and Ha Nguyen, who came up with some great questions. This blogpost covers their third question which deals with the follow-up research I did on the concept of expatriate failure with a Danish Masters student.

Did you do any more work on expatriate failure?

Indeed, I did, but mainly because of a wonderful Danish student who decided to do his Masters dissertation on the topic: Claus Christensen. He presented me with some ideas on how to look at the concept of expatriate failure from a new perspective. I loved his ideas and we agreed to write an article together. This was published as a Think Piece in Career Development International. The article first reviewed the concept of expatriate failure and showed that this can be classified into five categories, only two of which relate to a premature end to the assignment, either with or without listing reason. The third is underperformance on the assignment, whereas the fourth and fifth relate to repatriation, either listing repatriation problems or the expatriate leaving the organization.

The article then tried to define the concept more comprehensively based on two elements of the dictionary definition of failure, i.e., “the lack of success in doing or achieving something” and “especially something that you are expected to do”. We discussed how what is failure might differ depending on whether one looks at it from the organization’s or the expatriate’s position. The literature in expatriate failure has mainly looked at this from the organization’s perspective. We also argued how important it is that expectations are communicated clearly. 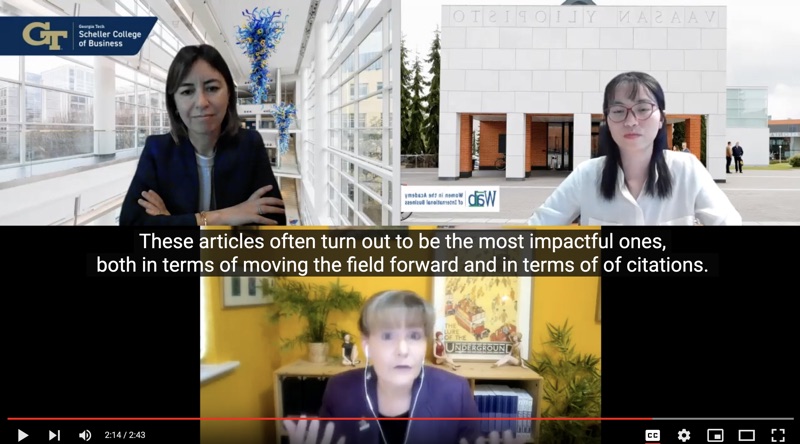 We ended the article with: “We hope that grounding the discussion of expatriate failure in the general context of performance management and prevention of dysfunctional turnover will lead to more meaningful and comprehensive research in this area.” In this way the article was very similar to one of the articles I suggested for the top-20, written by Yvonne McNulty and Chris Brewster, about the concept of expatriation which had likewise remained ill-defined. I think articles like this – clarifying concepts – are very important in moving a field forward. However, they are not always easy to publish in top journals. So many academics don’t even want to embark on them, even though these articles often turn out to be the most impactful, both in terms of how they move the field forward and in terms of citations.

In the same series