[Reprinted on the LSE Impact of Social Sciences Blog, 28 September 2018; listed in 2018 in review: round-up of our top posts for PhDs, postdocs and early-career researchers]

There are at least seven reasons why internal promotion is less likely to be successful than external promotion. Not all of these will apply in every institution or for every individual application, but I think you will find that at least a couple of them are likely to be relevant to your case. Please note that I am not saying that these are neccessarily good reasons or that I would defend (all of) them; I am simply describing the reality of what I see happening in academia.

If you are applying for an external position, the university in question has a job vacancy. This means they have a gap in their department and they really WANT to appoint someone, whether to improve their research standing, increase their grant income, cover particular classes, or take on that role as Head of Department or Associate Dean that nobody else wants to do.

This means that they are likely to err on the side of appointing someone, even if the candidate might not be 100% adequate. I have certainly been on committees where our choice was between appointing an 70-80% candidate or going “back to the market” for yet another time-consuming round of recruitment and 6-12 months delay, without any firm guarantee that we would get better applicants. 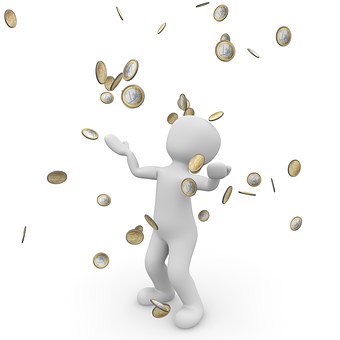 When you apply for internal promotion, the university already enjoys all the advantages of having you as an employee. They are not going to get anything “extra” by promoting you. The best they can look forward to is a happier employee (or at least one who isn’t angry, frustrated, and hurt by being rejected). However, even that "happy feeling" typically wears off after a few months; it is surprising how quickly human beings get used to better circumstances.

If your employer is lucky they can ask you to take on an unpopular job that only people at a certain level can or are allowed to do. Mostly though, they just need to pay you more! Not much more in most cases, I agree, but with university budgets as squeezed as they are, promoting a dozen people to (Associate) Professor might be a significant addition to the wage bill.

2. Two vs a dozen criteria

In research-intensive universities external promotions mainly focus on your publication and grant record. Yes, they do want to be sure that you won’t have students running away screaming from your lectures. Yes, they want to see some service to the academic community and – depending on the level – some administrative experience and leadership. However, showing your teaching evaluations are ok, having done some reviewing or editorial work, and having been chair of a program or – if you are very junior – having been part some committees is usually sufficient. Typically, it is all about your research (potential).

Compare that with internal promotions where even for teaching alone you need to show you have “transformed students’ lives”, have introduced major teaching innovations, consistently taught according to the 7, 8, 9, 10, 11, 12, 13 or even 20 “principles of effective teaching” and/or embodied the “values of the university” through your teaching.

And we haven’t even started yet on service, knowledge transfer and leadership. These exercises can sometimes seem to be more about how well you are able to “sell” yourself or write mission speak, than about your actual achievements. Most importantly, rather than being evaluated on just two key metrics - publications and grants - you are evaluated on at least a dozen, including your ability to write persuasively. Clearly this presents a higher risk of rejection. 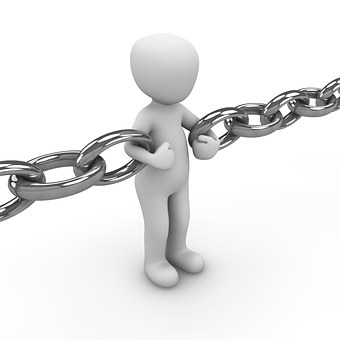 Whether you apply internally or externally, you will always try to play to your strengths. However, if you apply internally your colleagues know much more about you than when you apply externally. Key research achievements are usually easy to judge “objectively”. Hence in external promotion applications, research achievements will be noticed quite easily. However, weaknesses are often less easy to spot by reading a CV or even by interviewing the candidate. Unlike in industry, the question: “what are your weaknesses” is not often asked in academic interviews and even if it was, it is easy to prepare a stock answer to that.

Internally, people know your strengths as well as your weaknesses, so the balance might work out more negatively than externally. Even worse, academic achievements might be known and appreciated more widely by an external appointment committee (that is more likely to be composed of experts in the field) than by an internal committee (that often includes many academics outside the discipline). I have yet to meet a research-oriented academic who doesn’t feel they are appreciated more outside their institution than inside.

4. Careful comparison against past, current and future applications

Internal promotion usually means that your case is compared carefully against colleagues who either have, or have not, been promoted to the same level in order not to disrupt the internal “ecosystem” of the department/university. You will also be compared to others who are going up for promotion at the same time. Even though all of you might meet the “objective” standards (which usually aren’t that clear in any case), it is unlikely the University will be able to afford to promote everyone. Some universities have a fixed number of places, especially for senior levels.

You might even be compared to “future” applicants in the context of “not wanting to set a precedent”. Promotion panels know that if they let one person through with, for instance, fewer publications at a certain level than they would normally expect, but with a better record on less visible aspects of the job or with particularly scarce skills in another area, they can expect a deluge of other applicants the next year who will try to “push the boundary” just that little bit further.

Obviously, comparative performance is important for external promotions too, but you are compared primarily with the other external job applicants. If you are applying for a job that – for whatever reason – few people have applied for, this “comparison set” might be fairly small. Of course, your prospective new colleagues on the selection committee will compare you to internal candidates as well. They won’t appreciate having someone appointed to a particular level with a weaker academic record than they or their close colleagues had when were rejected for internal promotion. However, as I argued above they typically do not know your academic record as well as that of their internal colleagues. Their verdict might also be “sweetened” by the fact that they at least see a reduction in their own workload by appointing a new staff member.

As I argue in several of the other points, internal promotion committees generally "err on the conservative side", i.e. if there is any doubt of the candidate's credentials they will generally reject the application. Hence they might reject an internal application even if only one (influential) person is not supportive. You might well be the nicest colleague in the world, but after having worked in an institution for some time, you (or your supporters!) are likely to have made some "enemies". And remember that it is not just you who is being evaluated; it is also the Head of Department or School supporting you, or even the discipline you are working in! 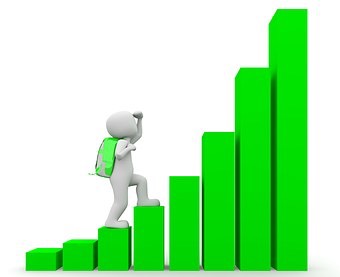 6. A hierarchy of levels

Internal promotions typically go through several decision rounds. Especially for (Associate) Professor it is not unusual to have to go through a Departmental, School/Faculty, and University committee. Not only creates this three or four hurdles instead of the single hurdle you have to cross with external promotions, it also increases the likelihood of some level of internal competition playing a role. “Why is the Department of Management getting support for three promotions again, isn’t it time for the Department of Finance got one?” “Why do we promote people in the Business School, they already get paid way more than us Philosophers anyway?” “Why would I promote this candidate supported by Professor X who was so negative about “my” candidate before?”

I am not suggesting these deliberations take place openly (they almost never do) or even that they are frequent. But they may make a difference, especially if you are only performing at 100% or 110% of the expectations, not 150%. Having your application evaluated above the Departmental level also increases the risk of people outside the discipline judging your performance according to their own disciplinary standards “We in [Chemistry, Micro-biology, Astrophysics …] publish at least a dozen articles a year, surely one or two articles a year cannot be sufficient for promotion?” [As Associate Dean Research in a Faculty of Economics and Business I had to fight exactly this battle every single year at an aggregate level at our Faculty’s Strategic Performance Review, having to explain that doubling our publication output would mean that we would outperform Harvard and MIT by a very substantial margin.]

7. A self-perpetuating rite of passage

The internal promotion process is partly a self-perpetuating process of mutual torture. As we have seen above, internal promotion is generally more difficult to achieve than promotion through the external route. So everyone who has gone through the internal process has had at least one rejection or bad experience under his or her belt. Or even if they haven’t, they might have had a close friend who had. As a result many academics might reason: “I [my friend] have suffered even though I [she] had a great case, so why should this colleague get an easy run”. I agree that this is not a particularly nice or rational reaction, but remember: academics are human too. They might even think it is character building to reject you first time around!

So do I recommend you to apply for promotion outside your own institution? No, not necessarily. As I will discuss in the next installment of this post, for all its faults there are some areas in which internal promotion trumps external promotion. So by all means apply for a job externally if you think the job, the university or the country would suit you better. Or if after 5, 10 or 15 years at an institution you really want a change. But I would very much caution you against applying externally if your primary aim is to be promoted a year or two earlier than you might be internally.