Working in the UK

After spending the first 6 years of my academic career at three different universities in the Netherlands (Open University, Tilburg University, Maastricht University), I decided it was time to practice what I was teaching (cross-cultural management & international human resource management). My first “overseas” job was in the UK (University of Bradford School of Management). When the Brits talk about “Europe”, they normally do not include themselves and the university system was certainly very different from what I was used to.

I managed to get used to the distinction between undergraduate and postgraduate degrees pretty quickly. What I found more difficult to get used to, coming from a very egalitarian society, was the huge difference in status of the different universities. Although some students might have preference for a particular university, in principle all universities are of equal standing in the Netherlands. This is certainly not the case in the UK. This difference in status is generally reflected in the quality of the students, since – unlike Dutch universities – British universities select students based on their grade average and the higher the grade average, the better the university you can get in to. I was fortunate enough to work at a relatively good university.

The result of this selection at the entrance is that in the UK once a student is accepted at a university, they normally expect to finish their Bachelors degree and moreover expect to do this within 3 years. When I took my Masters degree in the Netherlands in the late 1980s, only 25% of the students managed to complete their first year in one year and a substantial proportion of the students dropped out altogether! That meant that in the Netherlands, it was not uncommon for a large part of the class to fail a particular course. In fact you would be seen as too lenient a lecturer if you didn’t have a substantial number of fails in your class.

How different the situation was in the UK! I nearly felt I had to “defend” every fail, especially at the postgraduate level, and all fail marks had to be 2nd marked by a colleague. And after that a selection of the exams and assignments (including all fails) would be send to an external examiner (an academic from another university) who also had to approve both the course outline and the exam. At times, I found this system a bit constraining, but it certainly made you think more carefully about your teaching and marking.

Two aspects of the British system that I really liked were the large numbers of international students and the focus on coursework as opposed to exams. The international student body made teaching a very interesting and challenging job, and it was great to be able to draw on the resources within the class to illustrate cross-cultural management issues. And the use of coursework assignments made marking a far more interesting job as well.

My research did not change too much after moving to the UK. In my experience though, publishing in the UK tends to be more locally oriented than in the Netherlands, which is of course not surprising given the lack of academic journals in Dutch. What did change was the enormous focus on research output. The Research Assessment Exercise (RAE) is of paramount importance to British universities, since a high score does not only give them more research funding, but also a better status and hence better staff and students. 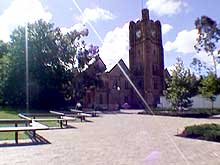 In comparison to my move to the UK, my move to Australia (University of Melbourne) was a very easy one, since the academic systems in the two countries are rather similar. What was different was the even higher proportion of international students. In the postgraduate courses I teach, three quarters of the students are international and classes often resemble a Benetton advertisement, with students coming from Latin America, Africa, Europe and of course lots of different Asian countries. Over the years I have become much better at distinguishing the Malaysians from the Indonesians, the Japanese from the Chinese and the Vietnamese from the Thai and I can even speak some words in Mandarin.

Another difference with the UK was the size of the classes. Although quite manageable at postgraduate level, at undergraduate level first year classes can run up to 2,000 students for the compulsory Economics courses. Of course that makes teaching a major coordination job with dozens of tutors involved. Fortunately, most of the elective classes are much smaller (50-500 students); so many members of staff (including myself) are fortunate enough to teach relatively small classes. 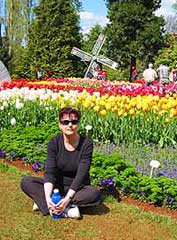 This difference in schedule is quite awkward when you want to visit international conferences, since many major conferences fall in the first two weeks of the second teaching semester. However, Australians do not let this get in their way. At the Academy of Management for instance, they often have the highest per capita percentage of participants, even though at the first days of the conference they seem to be there in body only due to the effects of a 26-hour journey and a 10-16 hour time difference.

I enjoy working and living outside Europe tremendously. It brings a completely different dimension to my teaching in cross-cultural management. Working in Australia has also completely changed my perspective on Europe. I had never really considered the uniqueness of the diversity and the sense of history in Europe before. As such I have gained a new appreciation of Europe and now probably feel more European than Dutch.

Note: I left the Netherlands in 1997. No doubt the Dutch University system has changed since then. In fact it seems to have acquired some of the same features (e.g. Bachelors/­Masters degree, large number of international students) that originally struck me in the UK.